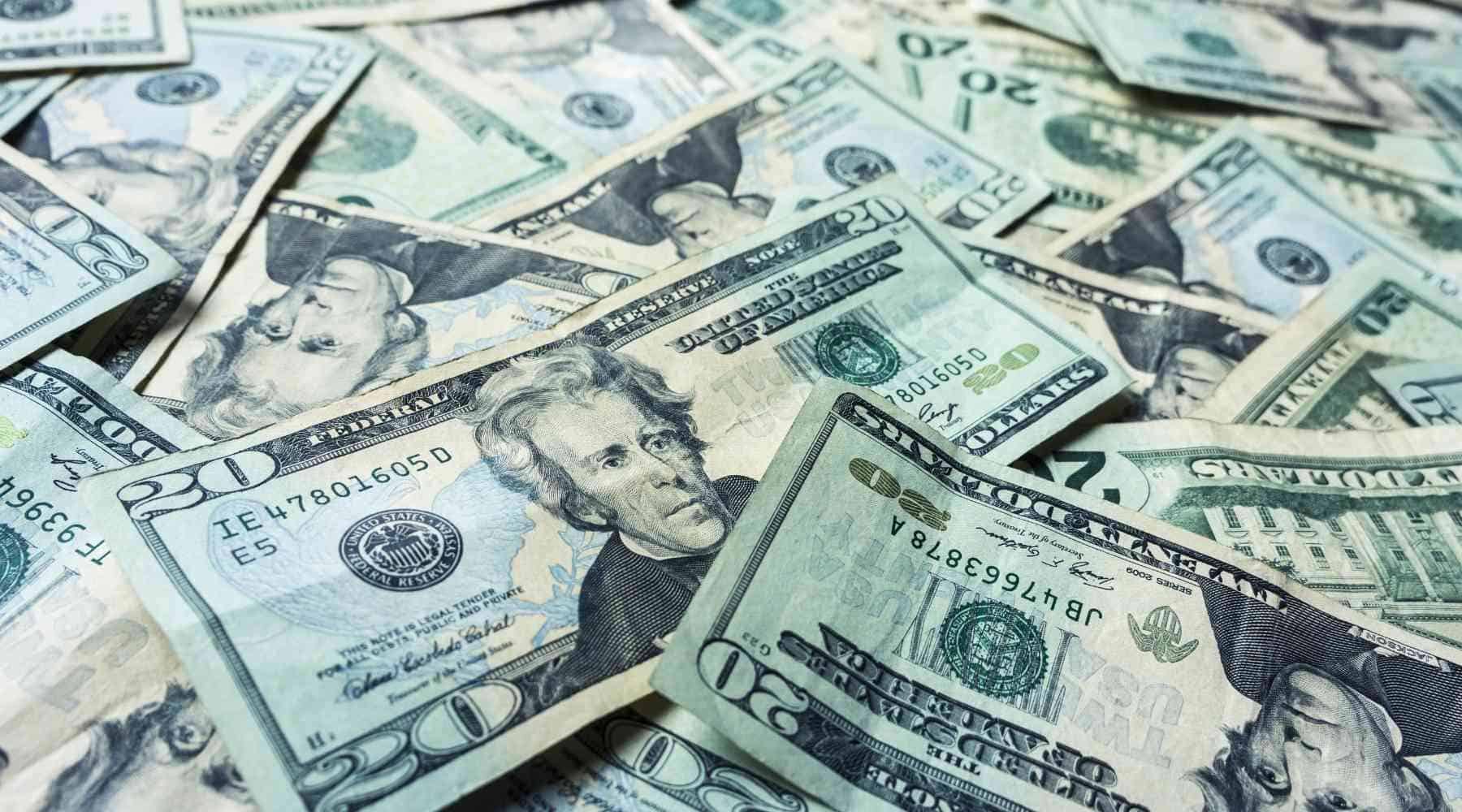 If you work for an hourly salary, you likely prefer to know exactly how much you will make a year, month, week, or day. Typically, we can make the best possible budget and other monetary decisions when we have this information.

20 an hour is how much a year can be relatively straightforward to answer. Presuming you work a full 2080 hours per year (40 hours a week x 52 weeks per year, no overtime pay) at $20 per hour, you’ll make a yearly salary of $41,600. But, of course, this figure is what you’ll earn before paying any taxes, such as your federal income taxes.

Obviously, you’ll need to pay taxes, so the amount of money you’ll take home will be less.

Your tax bill can vary based on several factors other than your earned income, below are some examples:

The above are just a few aspects of your financial life than will change the amount you’ll owe for taxes. Some will have more significant effects than others. Your tax bracket will be the most critical factor, which is directly tied to your income level.

For example, at a 25% rate, you’ll bring home an hourly rate of about $15.00, but again, this could vary based on many factors. See below for a simple analysis of the pre-tax and post-tax earnings of 20 an hour is how much a year.

As mentioned earlier, several states have no income tax at all ( but you’ll still owe federal taxes).

Your monthly salary will roughly be $3,466.66 when earning $20 per hour. The calculation assumes you work full-time, 160 hours on average per month. Depending on the month, there could be more or less workings days and hours, but using this calculation is a good average to use for budgeting reasons. After paying your 25% in income taxes, your monthly income take-home is $2600.00.

20 An hour Is How Much Per Paycheck (Biweekly)?

When working full-time at $20 an hour, you would earn roughly $1,600.00 each paycheck\pay period. This amount is based on being paid every two weeks as that is the most common frequency at which employees are paid. Taking out 25% for taxes, your tax-home wages will be lowered to $1,200.00. $1,200.00 is another average. As with other payment figures, the taxes paid will vary based on many factors.

20 an Hour is How Much Weekly?

20 An Hour is How Much Daily(eight hours)?

Below is an analysis for each pay period for 20 an hour is how much a year so far. The numbers are presuming you are working 2080 hours a year. An income tax rate of 25%(if you are the only income, you’ll likely be in a lower tax bracket) is also presumed. This is how much you will get paid as an hourly salary, daily, weekly, bi weekly, monthly, and yearly.

As you can see, your federal income tax rate has the most considerable change on how much money from your paycheck you keep.

20 An Hour is How Much a Year After Taxes?

Sticking with the standard 8-hour workday, 40 hours work week, and 2080 work year, a $20 per hour salary translates to about $31,2000 in take-home pay. Of course, as mentioned earlier, your take-home pay will change based on many factors. However, $31,200 is a solid figure for anyone earning a wage rate of $20 an hour to start budgeting with.

Contributing more to 401k retirement plans, HSA, and other similar accounts can lower your tax bill. Of course, there are other steps you can take to pay less in taxes as well, but typically speaking, the amount above will be your take-home salary.

You can have many jobs where you’ll earn an hourly wage of $20 per hour. In most states, $20 is much more than the minimum wage. In some, it would be more than double.

A weekend job or side hustle can be excellent sources of extra income. Many part-time jobs will earn you $20 an hour, but it might be slightly more challenging to do that with a side hustle. Some everyday professions that could pay $20 or close to it are (again, this could vary significantly by the state as some have a much higher minimum wage):

After analyzing 20 an hour is how much a year, your next question might be, “Is $20 an hour good?”.Well, that depends on a few facets of your life. Some examples of these details are:

For example, earning an hourly wage of $20 per hour in a low cost of living area like Iowa can be good. However, if you live in New York (a higher cost of living state), have several kids(dependent deductions), and have tons of debt, finding ways to bring in more income would be a good idea.

Now that we’ve gone through 20 an hour is how much a year, day, week, month, and paycheck, the following action is to understand how to live off our hourly wages of $20 an hour. Below are some recommendations to help you:

Having a budget is vital to your finances, no matter how much money you make per hour. Budgeting will help you live with your means (spend less than you earn), which is essential to do. You can achieve this by keeping track of your spending and income, which will allow you to get the most out of every dollar your make. Below will be a more detailed example of a budget for $20 an hour in pay.

Move to A Low-Cost Area

If you currently live in an area where living off of $20 per hour is tough, consider moving to a lower cost of living area. This could mean you move just a few miles away, or it could be a more drastic move. In either case, if you can find a way to make the same salary but have a lower cost of living, you should do it.

Paying off debt is another way to make a living off a $20 per hour salary significantly easier. You will keep more of your hard-earned money each month, but you won’t pay that pesky interest on the loan.

Suppose you are having a hard time paying off loans. Consider reaching out to a service that can help you consolidate your debt into one loan with a lower interest rate. By doing this, you could already potentially save hundreds a month.

If you don’t already have an emergency fund, you should consider starting one. If you have one already, make sure you get it fully funded. Typically, an emergency fund should have four to six months of expenses. Most people will do this in a high yield savings account to take advantage of higher interest rates.

Having this fund with help in case of major unexpected expenses or loss of income.

Have A Side Hustle

Sometimes, no matter how well we budget our money, making $20 an hour isn’t enough. When talking 20 an hour is how much a year, we know roughly $31,200. To boost that number, many people will have a side hustle.

There are boundless opportunities to start a side hustle in today’s world. Apps such as InstaCart, DoorDash, GrubHub, and many others let anyone with a car get their side hustle on. In addition, there are cash back apps, survey sites, and ton’s of other options.

The most valuable part about most side hustles is that you can pick up some extra cash when convenient for you.

Sometimes, when earning $20, we simply need to make more money like a salaried employee. As an hourly employee, you could earn extra income for overtime hours worked. Many hourly workers fill their timesheets with paid overtime hours to earn more money. With overtime rates as much time-and-a-half or even double-time, that can add up quickly.

If working overtime isn’t possible, asking for a raise is likely your next best route to a higher salary. However, before asking your boss for more pay, have a few good reasons you deserve to earn a higher hourly rate of pay ready to discuss. Most companies don’t give higher wages if they don’t have to or if they think you don’t deserve it.

Suppose your employer disagrees that you deserve the higher pay rate. In that case, it might be time to search for a new job or occupation that will compensate you appropriately.

How to Budget If You Make $20 An Hour

Budgeting is an essential practice whether you have an income of $20 an hour or $100 an hour. But, first, you’ll need to determine what your wants and needs are at any wage.

Here’s the layout of the rule:

Here’s how the rule could be done for a wage of $20 per hour:

20 an Hour is How Much A Year – Final Thoughts

Analyzing the question, 20 an hour is how much per year; the straightforward solution is $41,600, but there is more to think about. Taxes are the most significant factor you’ll need to consider. Our income determines our tax bracket, but many other factors could change how much we pay in taxes.

After figuring out hourly, daily, weekly pay, a gross monthly wage, and yearly wage, getting a budget in place should be your next move. Using the 50-30-20 rule is just one budgeting strategy, but many others could work for you too. Separating wants and needs should be a top priority no matter your hourly wage.