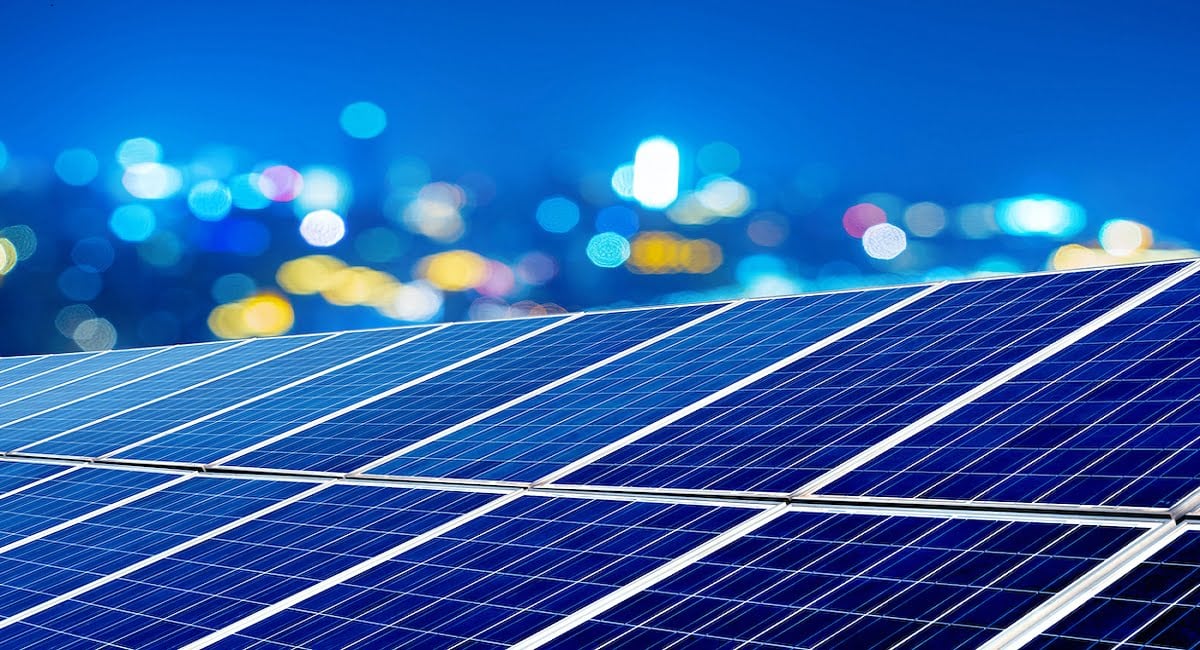 About two years ago someone knocked on my door asking if I was interested in solar panels. Normally I don’t care for solicitors, but it just so happened he got me at a time when I was interested in exploring the concept of solar energy. After listening to his sales pitch, I couldn’t believe my ears. It seemed too good to be true. With the BS alarms going off in my head, I thanked the rep and sent him on his way.

However, my interest was piqued. I did a bit more research, and what the rep had pitched seemed to check out. To be really sure, I reached out to my friend who had a solar panel system installed the year before. Once he confirmed the facts were in fact legit, I was sold. Fast-forward to today, and I’m loving my own little solar energy system. Are solar energy systems worth it to invest the time and effort? As the title says, definitely yes, and here’s why.

The most obvious reason for going solar (and the only one that has nothing to do with money) is that I’m now a proud producer of solar power, a clean, renewable energy made totally from sunpower! Unlike energy from sunshine, traditional methods of energy production, like the burning of fossil fuel, can be inefficient and a bigger detriment to the environment than people realize. As the saying goes, if you aren’t part of the solution, you’re part of the problem. By helping to reduce our dependency on traditional fuels, solar panels for your home are one big way you can reduce my carbon-footprint and do your part to help keep our environment intact.

To give you an idea of how this works, I’ll break down my experience. In New Jersey and other states, a residential solar energy system size is determined by your current energy usage. This is determined by looking at your previous 12 months of power consumption. For me, that was approximately 7.5 megawatts (7500 kilowatt ) per year. Based on these calculations, my solar array consists of 23 panels strategically placed on different areas of my roof.

So how much do solar panels cost? The total price tag was for the solar panel system and inverter was $23k – no money down required (win #1). The government has some solar incentives that indirectly helped pay a portion through my tax refund (win #2). Let me explain a little further. The solar company I worked with broke my final total into two separate loans. The first was the exact amount I’d receive as part of my next tax refund as part of a federal tax credit, with a 0% interest rate to boot! The second was the remaining amount I’d owe out of pocket. To keep the second loan lower, I did opt to put down a small down payment.

So to recap – no money down required and the government helps you out with a tax rebate. The solar installer was also touting a 20-25 year warranty on all equipment. Now do you see why my BS alarms were going off?

There is one more part to my solar panel installation experience that I want to include as a side note because it could happen to you. Before installing solar panels, we had our rooftop inspected. It was determined it would need to be replaced within the next few years. To avoid potentially having to rip down our newly installed panels due to a leaky roof, we went ahead with the roof placement first (with a separate roofing company).

Wouldn’t you know it, there was a federal tax credit for that too as it’s considered a preparation cost as long as the panels were installed during the same calendar year. The total cost of replacing our roof was about 8k, of which 2.5k(roughly) we got back in our tax refund as well. So, maybe that was a bit of an upfront cost, but it’s okay because….

Since the solar panels were installed, my monthly electric energy bill is close to zero, nada, nothing almost every month! My electric company still charges me for the electric hook up, but it’s minimal, just a couple of bucks. And okay – maybe during the cold dark days of winter I pay a few bucks, but our electric usage is usually low enough where the solar panels cover 95%+ of it. And in the summer, there is plenty of sunlight to cover the power used by the AC. It’s also likely that utility rates and electric energy costs aren’t going down anytime soon, making my savings even greater down the road on my utility bill.

Panels Pay For Themselves

Not only is the price of solar panels great, but over the long term, they can pay for themselves. Yes, I do have monthly payments on the loan, but it’s low (thank you down payment) and there are two ways my solar panels continue to pay me back. First, the amount of power my panels produce typically outpaces my consumption every month, this balance is tracked by what is known as net metering. So what happens to that extra power? It goes right back into the grid to help power my neighborhood. My home solar system is basically a mini solar power plant, so I should get paid for that right?

Turns out I do! The power companies are required to be at what’s called a “zero balance” with all solar panel using customers at the end of their fiscal year. What that means is, in order to use up the surplus energy, I actually get credit towards my electric bill helping me recoup some of the costs. My utility company also supplies my natural gas, so for a month or two, I have virtually no utility payments at all….. except for those darn hook up fees.

Further offsetting my loan payment are the Solar Renewable Energy Certificates (SRECs) I’ll earn for the first ten years of owning the panels. Think of SRECs like an energy credit or stock. For every megawatt my solar panels produce, I receive an SREC. I’m currently enrolled in a service that automatically sells my SRECs every quarter.

The SREC price can fluctuate, but mine has been pretty consistent at about $220 a pop so far. Producing about 7.5 megawatts a year on average earns me roughly $1650/year ($220 x 7.5mw) or $138/month, which is more than my monthly loan payment. I apply the entirety of my earnings to my loan in order to finish paying it off faster. Once that pesky debt is gone, it’s all profit baby!

The solar industry and solar technologies are just starting to tap into the power of the sun for our solar energy solutions. Solar technology is still improving and hopefully, soon we’ll have solar products with a very high efficiency. Installing a solar power system is a great way to save money. They are however a long-term investment in terms of finances and the environment. Just think of a world where each of us can be a self-sustaining household. Once your loan is paid off (assuming you had one), you’ll reap the benefits of a low or nonexistent monthly power bill, while earning SRECs – potentially making money from the electricity your solar panel system produces. All in all, installing solar panels is worth the effort, they’ll reduce your electricity usage and electricity bills. I’m very happy with my decision to go green. So if you ask me, “Should I install solar panels?” my answer is….definitely yes!

Enjoyed the article? Leave me a review here.

Other thoughts on why to go solar or use other renewable resources, leave me a comment below.