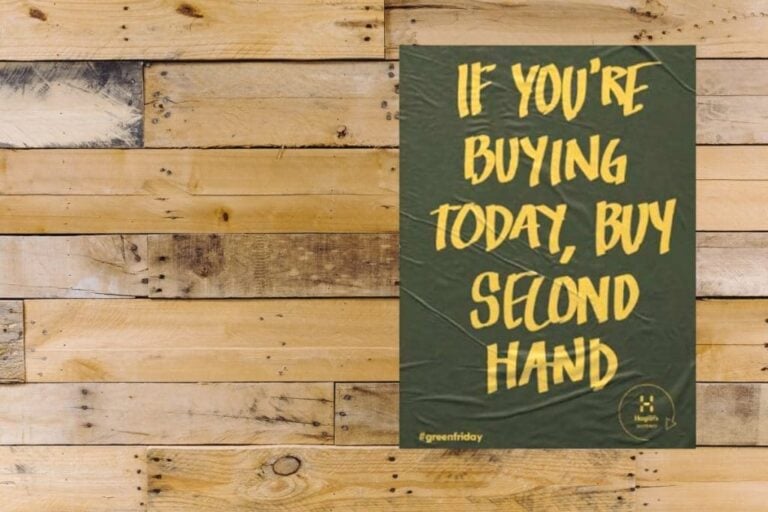 Everyone could use more money in their pocket, but did you know there are only two ways to get more money? Seriously. No matter your …

There is a fundamental truth that everyone must understand before they can truly accept and unlock the keys to many of the ideas presented here on Money Saved is Money Earned.

Our world is built on consumerism.

Consumerism is an economic ideology that encourages the insatiable acquisition of goods and services, with the ultimate driving factor being money.

But what you need to understand is that the driving factor of money does not mean more money for you (although that’s what they’d like us to believe). Really, the only entities that truly benefit from consumerism are big corporations. While it’s easy to pretend that research and technology advances are to make our lives easier, the end goal with any enterprise is to make money. Why do you think Apple releases a new iPhone every year? (hint: it isn’t because the new model is THAT much better).

Corporations are building wealth on the back of your debt.

It’s a game, and you and everyone else who buys-in to the idea that you must have the newest products is playing right into it.

The board for this consumerism game is marketing. Corporations invest in an outrageous amount of marketing for a reason: it works. We are bombarded by marketing every day of our lives. While in many cases we are no longer a captive audience (we can skip ads, and choose which networks/mediums to engage with), the sheer amount of media venues available to us mean that marketing exposure has exploded. In fact, the number of ads you see daily has increased by 1000% in the last 40+ years, from about 500 a day in the 1970’s to 5,000 a day today! And the real trick is that marketing ploys don’t just convince you that you must have it, but that you DESERVE to have it.

It doesn’t matter whether you can afford it. You need it. You deserve it.

These ideas, combined with increased personal attention and exposure on social media platforms, have driven the idea of consumerism to a whole new level. Now, it’s not just your neighbors and co-workers (along with the random passerbyers on the highway) who see your brand-new car, but everyone you know through Facebook and Twitter, and by extension, all their friends. We can now present a filtered life to the world, edited to show ourselves in the best light and to gain as much attention for our material possessions as possible. Social media and marketing have created a world where a heightened emphasis has been put on possessions, never mind the position people put themselves in to get those possessions.

As a result, people spend money they don’t have, for things they don’t need, and worse yet, are getting immense satisfaction from it all!

Shifting the Mindset – The Most Important (And Difficult!) Task

Consider this example featuring one of our favorite topics: cars.

Do you sleep better at night thinking of being $35,000 in debt, or $15,000 in debt? The former is the result of purchasing a new car, while the latter, a nice used car. Let’s say you buy the new car. You’re thrilled with it! After all, it’s got all the latest gadgets and you got a great deal. You absolutely love it! In this case, the salesperson (their job is to make sales, that’s why they’re called salespeople) did their job. They talked up the very latest technology and features, offered to make the deal work for you (never mind the loan parameters needed to do it), and made you feel like the king of the world with your new ride. The dealer has also made thousands from you.

Now, picture yourself a year down the road. The new car smell has worn off, you have a few dings, and you’re still making that monthly payment. Your feeling now? Gee, I still owe $30,000 on this car, and I have 5 years to go on the loan!

Scary, huh? That’s the power of marketing and consumerism.

So, what can we do about it? How can we break out of the cycle of consumerism created by our world and reinforced by social media? How can we beat material corporations and interest mongering financial institutions at their own game?

How can we gain satisfaction in frugalism instead of consumerism?

Satisfaction from frugalism comes from having more money in your pocket, while unchecked consumerism makes the corporations rich and leaves you with the disease called DEBT!

The answer is shifting your mindset. You can shift your mindset easily once you understand how various systems are manipulating you in order to take your money. That’s our purpose here at Money Saved is Money Earned. We would like to teach you how to manipulate corporate systems to your advantage. The most difficult part is undoing years of training and reversing the bad habits that have been force-fed to you all your life.

You must begin to gain satisfaction from working the system, rather than by being worked by the system.

We know it’s difficult. Everyone gets a little burst of satisfaction when somebody compliments us for our possessions, and we think (inaccurately) that people will only do so if our possession is the newest and best. A new car is one of the biggest boosts in satisfaction. Everyone ooh’s and awe’s. But what about the increased debt you put yourself in to get that new ride?

This is where your mindset can begin to change.

Begin thinking about things in terms of how much money you saved. Begin taking pride in how much usage you’ve gotten out of something. Begin gaining satisfaction from frugalism.

We have many examples from our lives of ways we have saved an immense amount of money, and we take equally immense pleasure in that fact. I (Tawnya) recently bought a 10-year-old Chevrolet Silverado in pristine condition for less than half the price of a new one. And guess what? Everyone thinks it’s new anyway! Having people ooh and awe over my 10-year-old truck when I saved so much gives me more pleasure than I could ever get from a new vehicle. All I would be able to think about would be the crazy amount of debt I’d gotten myself into!

How about my iPhone 5s that I’ve had for 5+ years?

How about the Samsung flat-screen tv I’ve had for over 7 years, despite the plethora of new technology tv’s that have come out in that time?

Now, here’s the thing. Consumerism is the engine that makes the capitalist world we live in run. It is not going away anytime soon, and frankly, it might not be a good idea to try and make it go away. Our systems (in their current forms) would collapse. Progress would be stalled. We’re not saying don’t ever buy anything, we’re not saying that big corporations only do bad and never contribute. In fact, corporations do contribute quite a bit in the form of donations and community service work (which they get to write off in their taxes, by the way), as well as jobs to millions of people. We’re also not saying that people aren’t entitled to some luxuries every now and then, or that it’s bad to want to make money. After all, we make money from this blog, and have advertisements and links on our site that generate revenue (see our disclosure). We are part of the capitalist world, and profit from it.

What we are saying is be informed about the systems we live in and how they attempt to manipulate you into making decisions you probably wouldn’t normally make. Know that advertisements try to instill a desire for things you didn’t even know existed in an attempt to get you to spend more of your hard-earned money. Know that every time you see an advertisement (whether a formal ad on TV or a t-shirt worn by a friend), your brain is being told that you need that thing. Know that you have been brought up to believe that all this stuff will make you happy, and your life easier. Know that the world portrayed in media sets us up to constantly strive for something that is unattainable for most. Everyone is part of this mindset, and affected by it.

How do you break free? You don’t.

Not fully anyway. However, when you understand how the systems work, you can make a concerted effort to not be swayed by them. You can learn how to use the systems to your advantage by getting good deals, not paying unnecessary interest, and not being caught up in the rush to get the newest and best no matter the cost. You CAN begin to shift your focus to saving money on new purchases and getting maximum usage out of what you already have.

When you begin to think in this way, your satisfaction will no longer be tied to the object itself, but to the money you saved through choosing that object both at purchase and through long-term use. Stop unduly lining the pockets of big corporations at the cost of your financial well-being, and start beating them at their own game.