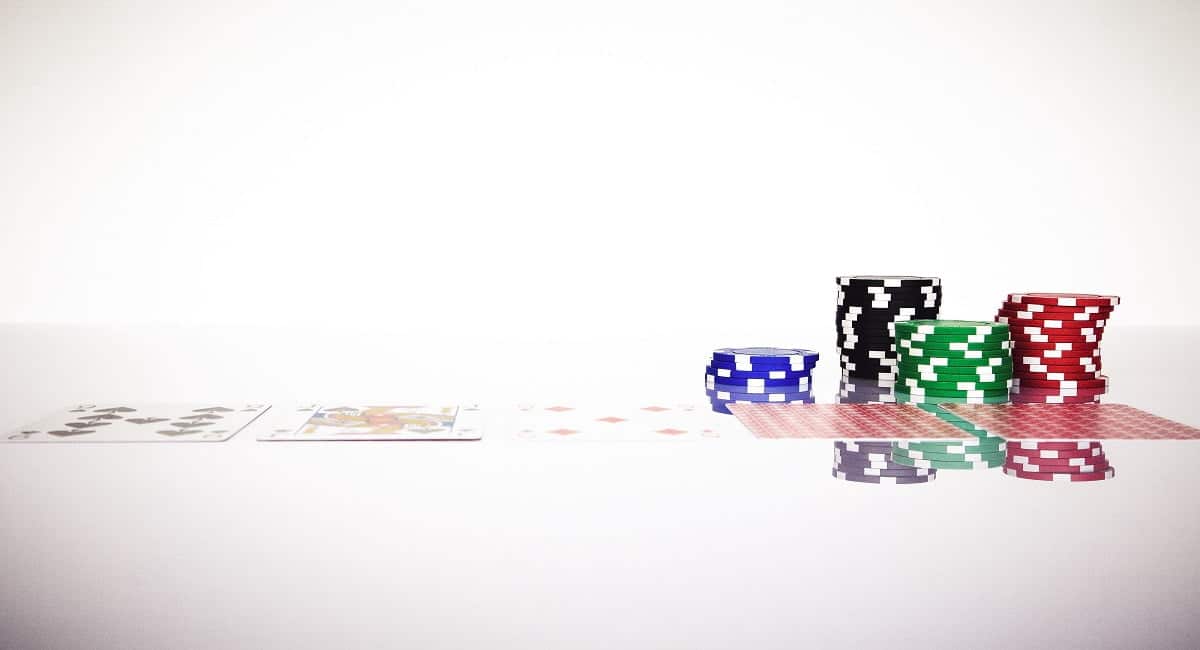 I have a confession to make, I like to gamble. More specifically, I like playing Texas Hold ‘em. Not exactly fitting of a frugal lifestyle, I know. Now, I’m not out there throwing my money away and the money I use is budgeted specifically for gambling. Every few months I’ll take a trip to the casino to play in a tourney or hopefully play in a cash game for hours on end. Throw in a home game for fun every now and then and I’m a happy guy.

What is likely less surprising is my style of play. I’m what most people would consider a “Tight Aggressive” player, meaning I have a low risk tolerance. I like to hold onto my chips and I’m not likely to take many risks, but when I see a good opportunity I’ll put my chips in.

Many people will compare investing vs. gambling when it comes to their money. Inherently, investing in the stock market or anything else is essentially a gamble of sorts as it involves risk, but just like my poker playing, you want to hold on to as much of your money as possible and strike when you see the right opportunity. One of the more popular Warren Buffet (ever heard of him?) quotes is “Rule Number One: Never Lose Money. Rule Number Two: Never Forget Rule Number One”. Along with this, there are many ways I think you should invest similar to the way I play cards.

Investing vs Gambling: Sniff Out the Bluffs

One of the biggest pitfalls in investing and poker is bluffing. In poker, this is when someone acts like they have a big hand, but in reality, they have nothing. To be a successful poker player, you’ll need to learn how to figure out when someone is bluffing or if they actually have a good hand.

Similarly, when investing you’ll need to learn to figure out when an investment opportunity is a total bluff. This is typically the “too good to be true”, “can’t miss” or “quick win” investment. When being pitched, it sounds great, but no investment is a guarantee and when anything is being advertised as one, you should immediately think something is up and steer clear. There are so many investment scams out there counting on people to simply see dollar signs and invest their money without doing the research. Don’t be one of those people, sniff out the bluff.

When playing poker, there is a concept known as pot odds. In its most simple form, this is poker’s version of risk vs. reward. For example, let’s say there is a pot of $100 and it’s me against one other player. The other player bets another $100 bringing the total pot now to $200, I’d have to put in another $100 to win that $200, so doubling my money. Might sound nice, but in poker terms, it’s not that great and is a high risk, especially if I’m not confident in my hand. In this case, the bet is not worth the risk.

Let’s take that same scenario, but now instead, the other player only bets $20, bringing the total up to $120. Now I only need to put another $20 to potentially win $120, so 6x the amount I’m putting in. I won’t win as much money as the $100 bet, but with lower risk and better return on that risk, it might be worth taking.

Similarly, you’ll need to figure out the ROI (return on investment) for any investment you might make. As with poker, the bigger the risk the bigger the reward, but a bigger reward doesn’t mean smarter investment. Investment 10k, to get back a ten percent return would net you 1k. However, if you made several smaller 1k investments, each returning 1.2k would net you 2k in the end. It’s all about making sure you are putting your money in when you’ll get the best return and being able to minimize risk.

Investing vs Gambling: Chasing and Speculation

Many bad poker players will do what’s called chasing. This is when they need one more card to have a really good hand, but the odds of them getting it are low. They see a big pot and hope the card they need comes out. Needless to say, most of the time, these players lose their money and they lose it fast. Yes, every now and then, they get that card and collect a big pot (more on that in a minute). However, over the long term, these players are losing by taking the big chance. The smart players take their time, find the right hands and slowly build their money.

In investing, chasing is called speculation and you shouldn’t do it. Investing in speculation is the “get rich quick” scheme or any investment that is getting a lot of hype of potentially being able to skyrocket any investment making its investors millionaires. More often than not, these investments not only don’t skyrocket, but they explode on liftoff, losing most or all of the investors’ money. You’re not going to get rich overnight, when investing correctly, it’s going to take time. Remember that and you’ll be just fine.

Investing vs Gambling: Know When To Fold and Selling a Losing Stock

Obviously, in poker terms, this is knowing when to fold your hand. You need to know when you’re beaten and lay down the cards to live to see another day. Sounds easy, but it’s actually quite difficult for many players to give up on a hand when they’ve put their chips in.

Similarly for investing, particularly when buying stock, many investors find it difficult to admit they were wrong. When investing, sometimes you get it right, sometimes you miss and you’ll need to learn not to hold on to a stock or any other investment that continues to sink. You may have had high hopes for it at one point, but you’ll have to cut your losses and move on. Holding on to bad investments is never a good idea in either short term or long term investing.

Poker is a game that’s part chance, part playing the odds, and part intuition. As mentioned before, sometimes bad players chasing will win a big pot, winning the battle, but never the war. Sometimes a bad hand wins, or the exact right cards turn a bad hand into a great one, the odds are low but it happens. The problem with many new or bad players is that once they hit the big hand once, they think it will keep happening. Or they just don’t realize that winning one big pot, doesn’t outweigh losing the other ten times they lost.

The point is, just because making the bad move or taking a big risk works out every now and then, doesn’t mean you should keep playing that way. On the other hand, sometimes in cards, you make the right call or decision and you still lose. Even if you have a ninety percent chance of winning a hand, there is that one out of ten times you’ll lose. That doesn’t mean that you should be afraid to make the same play next time. When you win more often than not, you’ll be up in the end.

The same goes for investing. Yeah, sometimes the speculation turns out to be a great investment. Look at bitcoin, that is speculation to the max and if you got in at the right time, you’d be set right now. But bitcoin is an exception to the rule and could easily lose half its value tomorrow. Just because a bad investment worked out, doesn’t mean the next one will. You should take that win and never look back. Don’t form bad habits with your investing by going after the next big thing every time. If you keep making safe, solid investments, you’ll make your millions, it just may take a while.

When investing your money, you should always be looking for the best opportunities. Don’t fall victim to the hype machine or the “get rich quick” scheme. If you continuously play smart with your money by putting it into safe, solid investments with proven track records, you’ll reach your goal. Going allin on anything is likely a bad idea and your fortune doesn’t have to appear overnight. You can certainly take a risk every now and then, but make it an educated one. Learn to invest the way I play cards and I think you’ll do just fine in the long run.

Thoughts? I’d love to hear them in the comments section.

Enjoyed this article? Leave me a review here.