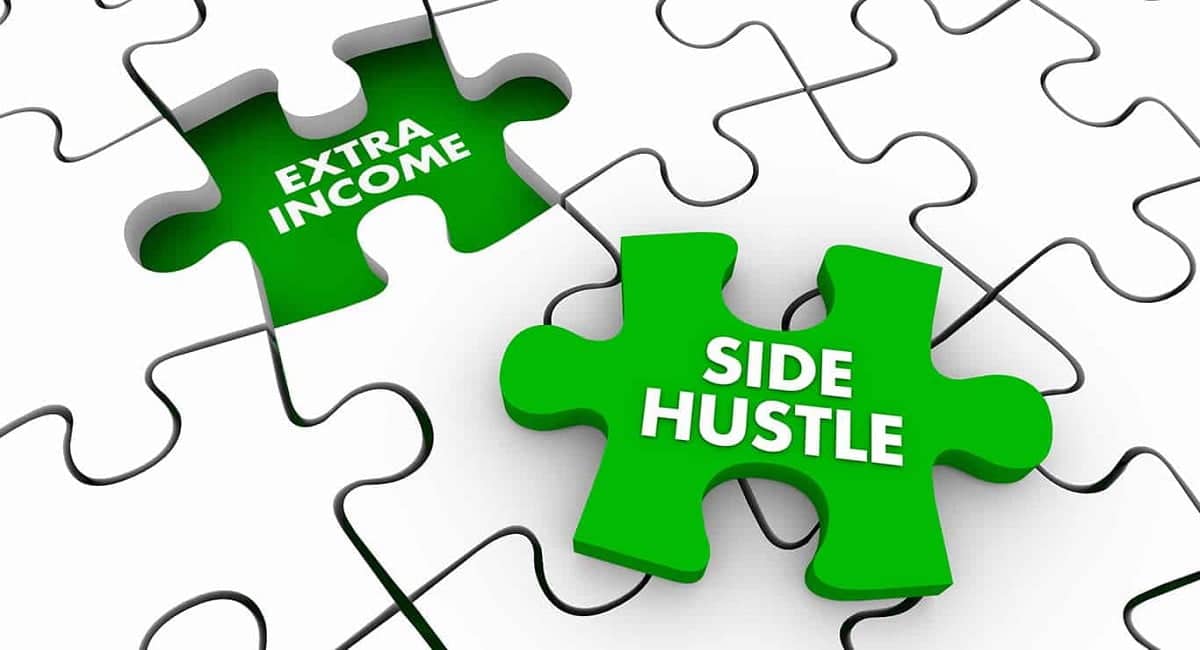 We’d all like to have more money and make some extra cash. A couple of extra bucks to put in our pocket for a rainy day or a little something special for ourselves. Whatever your motivation, it seems that there are endless possibilities. Google “ways to make money online” or “side hustles” and you’ll find seemingly infinite opportunities, or do you? As someone who is always looking to make an extra couple of bucks myself, I can tell you, most of what you find online either simply doesn’t work, could take months or years before you see any real income, or could even be illegal. I’m here to cut through the BS and get you to the best options available.

Side Hustles Not Worth Your Time:

First, let’s get through the stuff that probably isn’t going to work for most of us. these just are not good side hustles…

Selling Anything Online – These seem to be popular side hustles and the idea is simple. You have stuff you don’t need and by selling that stuff, you clear your clutter and make a quick buck. Problem is, I’ve been on a few of these apps and most are full of spam or people trying to rip you off. I’ve posted items worth over $100, and the best offer I got was $20, plus I had to deliver it, no thanks.

Photo Selling Apps – These seem like a great idea, just snap a few pictures and let the money start rolling in. Spoiler alert – you won’t make money. I’ve tried several of the popular apps and it’s practically impossible to make a sale. Chances are the apps will end up just wasting space on your phone.

Creating Content – I’ve seen countless sites say, “easy passive income, just write a book or create an online course”. The reality is, unless you have some type of marketable expertise, most of us won’t be able to pull this off. You may be an excellent writer or have a lot of valuable knowledge to offer, but getting people to buy this type of product from you will take some considerable effort to make any money.

Selling Your Services – You might be in great shape, or a natural with dogs\kids, but getting your name known for any reason is a long-term feat. For most services, people want someone with substantial experience, not a newcomer that up and decided one day they need some extra money. I’m not saying it’s not possible, but building your name from the ground up is hardly easy.

Create an App – I see this one all the time and it’s laughable. Building an app is not as easy as it seems(at least a good one). Plus the market is oversaturated at this point, so it’s a long shot to even come up with an original idea, never mind something people would be willing to pay for. Definitely could be a fun hobby, but I wouldn’t bank on creating the next Flappy Bird.

These are just some examples, but any site that insists the above are great side hustles is just looking for clicks or getting paid to advertise some services.

Sides Hustles Worth a Try

Now for some side hustle ideas that have the potential for you to make money, but require a lot of extra work, some dedication and patience.

Uber\Lyft – I think we’ve all heard of these before. While I’ve never tried them myself, I do know people who have. It is possible to make significant money, however may require working for 8-12 hours a day. In some places competition can be high, so you’ll have to be ready at a moments notice to pick up your next ride. Be prepared to run into some interesting people on the way as well (or your fair share of jerks). Uber and Lyft have their place on the side hustle leaderboard, but you gotta work for it.

Cash Back Apps – I’ve tried a few of the well-known apps. They claim to give great rewards just for buying the things you already do. Well, I didn’t find that to be the case. On an average shopping trip, I’d get anywhere from 10-30 cents in rewards, that’s not a lot. They typically have a pretty low minimum to cash out with, around $5-$10, but even so, that would take months to achieve. Maybe I’m not buying the right things, or they’ve improved since I used them, but I found it difficult to substantially accrue with them.

Advertise on Your Car – I’ve signed up for a few sites that let you put advertisements on your car for cash, but never had any takers. At one point I was driving over 40 miles to work each way and was on a major highway the whole time, still no offers. I’ve seen cars with ads on them, so I know it’s an option, I just don’t seem to have the right commute, but you might. This could be a safe way for teens to make money as well, once they have their license of course. Signing up is easy and worst-case scenario, you’re like me and just never hear back, no harm no foul.

Starting a Blog – Similar to creating content, it’s hard to come up with anything original. You’ll really need to find a specific niche and get yourself out there (I’m doing my best here too!). Doesn’t really take much to get going. There are a ton of sites that can register your domain and make designing your page incredibly easy. After that it’s up to you how much effort you put in.

Side Hustles That Work

Finally, the moment you’ve been waiting for, the good side hustle options…

Survey Sites – Taking surveys are my best side hustle recommendations to make money. Don’t get fooled by sites like Survey Voice as they aren’t survey sites themselves. There are a ton of legit sites out there that let you sign up and immediately start sending out surveys. My current favorite by far is Prolific.co. The initial setup takes some time, as there is a lot of demographic info to fill out, but the plus side is that you only see surveys you qualify for. Prolific is UK based so payment is delivered in pounds, but since you hook it up to your PayPal account, seamlessly converted into U.S. dollars (bonus – as of today the one pound is worth 1.33 US dollars!). I’ve heard good things about Swagbucks and Inboxdollars too, but never tried either of them myself.

Micro Task Sites – These are another great hustle idea to earn extra money. Sites like clickworker.com and Mturk.com (Amazon Mechanical Turk) have short little tasks that pay anywhere from a few cents to a few dollars at a time. In addition to micro-tasks, MTurk also offers surveys and even some fun data research. While you won’t typically rake in hundreds a month with these, you can expect to easily average about $40-$50.

Tracking Apps – This might rub some people the wrong way, but there are apps that can be installed on your phone with the intent to gather specific types of personal data, such as internet usage, shopping habits, etc. For those concerned with data privacy issues, this may not be your preferred way to make money. However, if you don’t care about being tracked, then, by all means, install these on your phone. I’ve done a few and earned $5-$10 over the course of 1-2 months. Ultimately, this option is not going to move the needle that much, but you literally don’t have to do anything except open the app every now and then to claim your rewards.

There really are a ton of ways to get a side hustle going these days, but few can be considered quick and easy. Most will require you to start from the ground up on selling yourself or your abilities. Others you can get going right away, but they still take a lot of time and effort. I’m not saying not to investigate these options if you are really determined to make them work, they just aren’t for those of us looking to see immediate results. The three I’ve pointed out are by far the easiest to get going and quickly make a few extra bucks, every little bit helps!

Let me know if there is anything I’ve missed in the comments!