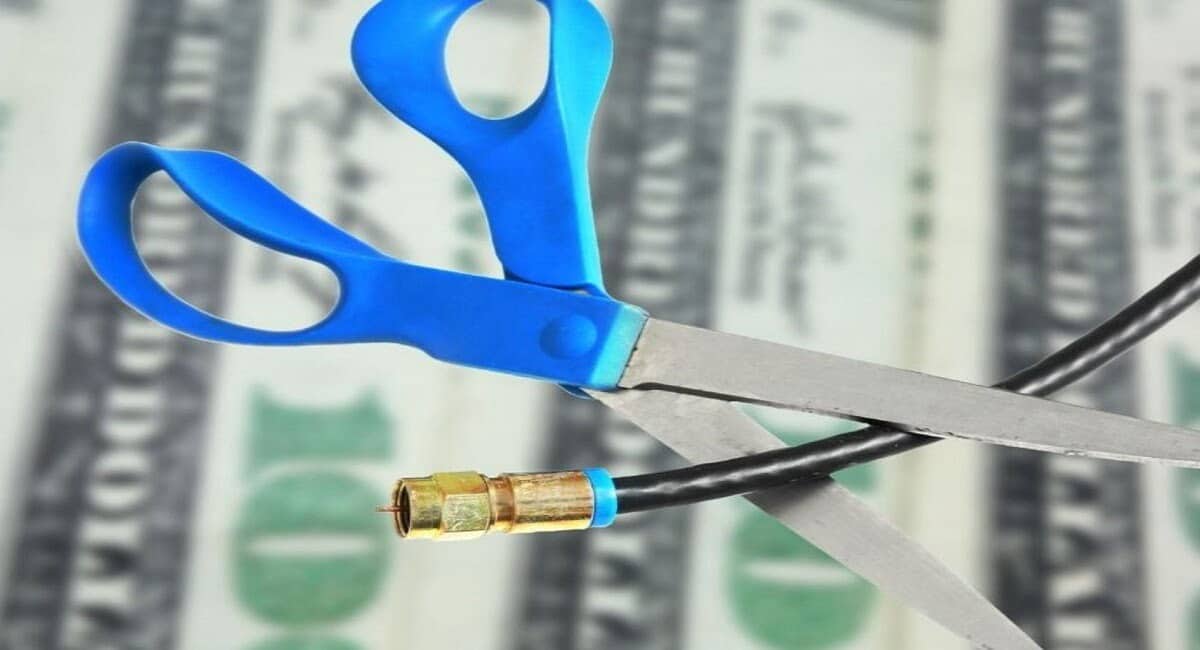 Cable television has been a part of our lives for so long, it’s hard to imagine a life without it. But it’s 2021 for god’s sake, there are endless options when it comes tv services, cut the cable already! It doesn’t even need to be TV anymore. There are countless streaming video services for your smartphones or tablets and websites you can fire up on your laptop that offer you more content and a better viewing experience than any satellite or cable provider currently does.

It took me until about two years ago to finally say goodbye to my cable subscription and I’m glad I did. I knew it was the smart thing to do for so long, but the wife and I were invested in a few shows and honestly, I was just too lazy to do the work to get rid of my cable service. I finally got off my keyster, did the research and legwork to cut the cord for good, and it’s been great. Not only do I not miss my old cable channels and lineup of shows (sorry CBS), but I’ve found many other benefits to cutting the cable as well.

Cable Is Expensive, Plus Extras

One of the biggest reasons for cutting cable is to save money of course. My cable bill was about $150 a month, but that also included my broadband internet connection. However, we only had two TVs with cable boxes (only one top box had DVR), and no premium channels. Start adding in extra DVR boxes, multiroom DVR, HBO, Showtime, Cinemax, Starz, Sports packages, etc., and you’re looking at a bill north of $200 a per month, yikes!

While we’re here, I should mention that you are probably paying the cable company to rent their equipment too. I was foolishly paying $12 a month to rent the router for my internet. While I was at it, I picked up my own for about $70 to knock that off my bill too. It took a few phone calls as the cable company needed to change some settings on their end for my incoming signal, but in the end, totally worth it.

After getting rid of cable, my bill dropped down to about $70 a month for internet service only. We had a small upfront cost of $100 to buy two Amazon Fire Sticks which give us access to more than enough apps to keep us and the kids occupied. Netflix, Hulu, Disney, PBS Kids, NBC Sports, Fox Sports, and a ton more apps are available. Plus, the list is constantly growing.

Cutting the cord isn’t all saving, you’ll need to subscribe to some streaming services too. Currently, I’m a subscriber to Netfilx, Hulu, and Disney Plus(which includes ESPN). All three together cost about $35 total which would make my current bill about $105, saving me at least $45 a month compared to cable costs ( $540 a year!), but it gets better. Most of these services allow for multiple profiles, meaning several people can log into the same account.

To reduce the cost of subscribing to online streaming services, I split each of my streaming services with family members. We essentially split up the cost three ways. That brings my total streaming bill down to about $13 a month so, including the internet connection, I have the same services I did before that would cost $150 for about $83. Don’t get fooled into thinking you need the highest speed connection available either, streaming actually takes up a surprisingly low amount of bandwidth. Whatever your current connection is should be more than enough, even if multiple devices are streaming at the same time.

I’ll admit that without cable networks, live sports can be a bit tricky, but there are still options available from cable alternatives for sports fans like me. Many full packages like MLB Tv or the NFL Sunday Ticket are expensive, so you might need to give up a little bit of your sports time. For nationally televised games, it’s not normally an issue for me since the Fox Sports and NBC sports apps are free and carry a lot of games, but local broadcasts can be hard to find. There are streaming sites that let you watch any game for free. I’m not going to point out what they are, but if you search for them, you’ll find them.

You Won’t Miss Your Old Shows

One of the hardest parts about cutting the cable was being so invested in certain shows, I didn’t want to let go of them. But, when I stepped back and thought about it, did I really need to watch the 15th season of NCIS or another season of Criminal Minds? Yes, there were shows I’d come to know and love, but after a while, they get pretty stale. I mean, more often than not, the wife and I could figure out who the “mystery killer” was in any show we watched within the first ten minutes because it was always the same formula. I was basically watching them out of pure laziness instead of finding a new show to watch.
Now that I’m not watching these shows, I can honestly say I don’t miss them. The repeating storylines, the same PG humor, nothing ever really changes on these shows. Sure, there are a few good shows worth watching, but for the most part, many of the shows were just a waste of time.

Cable Alternatives Have More Options and They Are Better

Here is the greatest part about the streaming services and other cable alternatives. For one, they carry many of the old cable shows that we do love. Despite my bashing of these shows above, if you like them, you like them and if you want to watch them, I won’t stop you. I’m currently on probably my 15th watching of the entire Scrubs series and it’s still my favorite show. They also carry shows that were on premium channels like Breaking Bad, now that was fun to watch. T

he other great part is that many of these streaming services have started making their own content. The options are seemingly endless and the shows themselves are typically better than what you’d find on cable. I’ve watched documentaries about everything from the history of video games, swearing, serial killers, drug lords, and everything in between. Sometimes these are several episodes long, Netflix calls these Docu-Series. You’ll also find other mini-series, original movies, and TV shows, the options are seemingly endless.

Don’t think I’ve forgotten about the kids either. We’ve found some awesome shows for kids as well. The PBS Kids app is free and with shows like Wild Kratts (try not to get the theme song stuck in your head), Hero Elementary, and Xavier Riddle, and the Secret Museum, there is plenty of learning going on. Netflix has three seasons of what is now one of my favorite shows in Ask the Story Bots which is also very educational and entertaining for adults too.

You Don’t Have to Watch TV at All

Another added benefit of cutting the cable is that it might actually get you away from watching tv for a while. Nothing says you have to replace your cable TV service with more shows. One of the best alternatives to cable is all the other things in this wide wide world of ours to do!

Learn a Hobby or Skill

Take the extra time to invest in yourself and pick up a new hobby or learn a skill. There’s got to be something you’ve always wanted to learn. Here are just a few ideas you can do: · Learn a new language· Learn to play an instrument· Woodworking· Knitting· Reading (an actual book!)· Gardening· Drawing· Build Ships in a bottle (seriously, how is that done?)Maybe you already have a hobby or a passion that you never get to, well, now you can. Go out there and make yourself a better person.

Speaking of getting out there, not sitting in front of a TV means you can start getting active. There are tons of things you can do indoors and outdoors to get yourself more active and get in better shape.

The list goes on. Maybe even stop using the treadmill or exercise bike you have as a drying rack. Whatever you choose to do, now that you’re watching less TV you’ll have more time to focus on what makes you happy.

I know it’s scary and I know it’s new, but you have to ditch your cable services, there too many better cable alternatives out there. What do you have to lose? Cable and satellite tv has been losing viewers for years while streaming tv services like Roku, Crackle, Apple tv, gaining more and more subscribers. it’s time for you to join the masses. You’ll quickly be able to replace any shows you’re currently watching with better, more entertaining (and mostly commercial-free) ones. You’ll have the kids covered and while they pop on their favorite shows using the TV streaming services, you can fire up the smartphone, strap on the noise-canceling headphones and binge watch your favorite show in peace. Even better yet, you can watch fewer shows overall and pick up a few new skills or get in shape. What are you waiting for, start cutting!

What was your cable cutting experience like? I’d love to hear your story in the comments below!
Enjoy the article? Leave me a review here